Excellent public relations is vital for your business and brand, but it is resource-intensive.
Is yours one of the many companies that simply does not have enough time, expertise or market knowledge to manage their PR properly? If so, we can help.
Fab-Biker PR specialises in motorcycle public relations and has been making sure clients get noticed since 1996. We provide plug-in support, where and when it's needed.
Find out more at www.fab-biker.co.uk
November 21, 2018 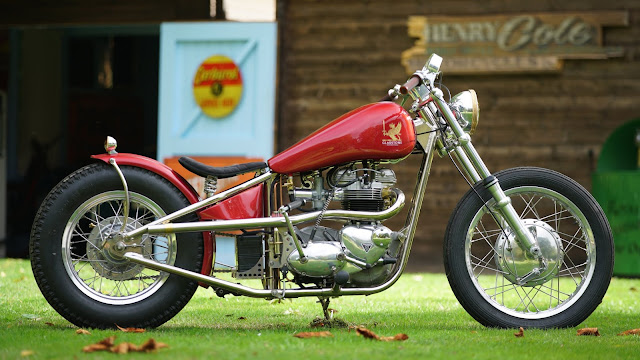 Gladstone Motorcycles have unveiled a new model - the SE - following the completion of their initial run of nine No.1 bobbers.

Launched in 2013, each Gladstone No.1 required a build programme lasting 6 months and was delivered with a brass plaque on the oil tank to denote the production number.

Designer Guy Willison describes the SE as “a slightly lazier, earthier version of the No.1”

He continues; “We wanted to build a bike where we didn’t have customers for it - this is what I’d build for myself as a personalised bike on the road. No outside influence - just me and Henry [Cole - TV presenter and company founder] building what we want to ride”.


Much of the detail is changed too; •Flush-fitting petrol cap replaces Monza design


Each SE will be built to order, so customers can specify various aspects of the machine, such as colour, grips and saddle, to suit their taste.

Founded in 2010 by Henry Cole, presenter of The Motorbike Show (ITV4), Find It, Fix, It, Flog It (Channel 4), World’s Greatest Motorcycle Rides and Shed & Buried (both Travel Channel), Gladstone Motorcycles is the first bespoke British motorcycle brand to come to the market since Hesketh in 1982.