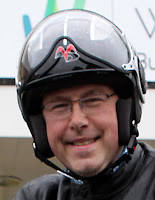 Dan passed his motorcycle test in 1984 and has been riding ever since. From a BSA C15 to a Honda GL1000 Gold Wing, he's experienced a wide variety of bikes, which he's ridden throughout the UK and (occasionally) in Europe too. Dan started his career in the motorcycle industry in 1989, joining one of the UK's leading wholesalers and rising to director level before leaving, in 1996, to found The Fabulous Biker Boys. Since then he's served on the board of the Motorcycle Industry Association, towed a trailer behind a motorcycle at 125 mph, organised a bike launch in a brewery, and given his local MP (a young David Cameron) a lift on the back of a prototype Royal Enfield motorcycle! Send Dan an email

Helen has more than 20 years experience within the motorcycle industry. She started her career with EMAP and Motorcycle News as PA to the Publishing Director. In 2006 she became freelance, working in public relations/product placement. Over the past three years overseeing as Publisher of a fortnightly motorcycle magazine.Helen has a huge contact book of key personnel within the motorcycle industry and associated media, and brings a wealth of knowledge and understanding to the business. Send Helen an email 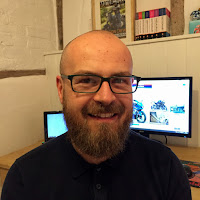 Phil has over 15 years experience writing about motorcycles. A former mechanic, he started his journalistic career as a staff writer across the Mortons Media Group stable of classic, modern and scooter titles, quickly progressing to editor of Motorcycle sport and Leisure magazine. He made the move into freelance journalism and public relations in 2008, and continues to serve a range of clients throughout the motorcycle industry. He's a regular contributor to specialist bike titles, both online and print. Phil has been riding bikes for 20+ years, owning an eclectic mix of machines, including a Lambretta GP200, two air-head BMWs, a Honda CBF600 and a Royal Enfield Bullet. Send Phil an email
Email Post